The drug “Noopept“, used to improve memory, was developed in 1992 by a research group of the Scientific Research Institute of Pharmacology. Zakusov VV And this drug was recognized not only in Russia, but also in the US, where it was patented after three years, after registration at home. The transfer of trademark rights and a number of commercial reorganizations did not affect the popularity of the drug. Twenty years after the invention of Noopept, its sales were estimated at $ 6.2 million per year.

“Noopept” differs from other nootropic drugs, also included in this group, in that it simultaneously affects all stages of the memory process:

Consideration of the mechanism of action of nootropic drugs in general and “Noopept” in particular will help correct comparison of the drug
with other representatives of the nootropic group. 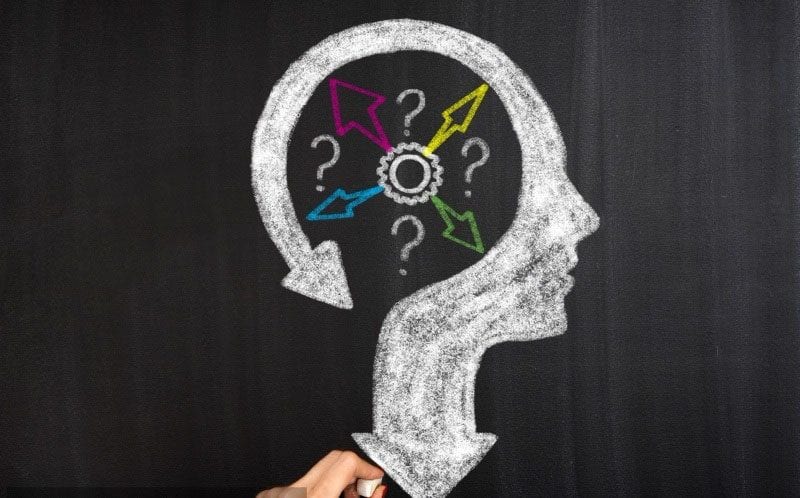 10 mg of N-phenylacetyl-L-prolylglycine ethyl ester are absorbed into the systemic blood stream unchanged in the intestinal tract and then, overcoming the blood-brain barrier, enter the brain, where, after 15 minutes, they are detected at greater thanblood, and concentrations. Half-life from the blood plasma occurs in 0.38 hours. The substance is partially metabolized, during which phenylacetic acid, cycloprolylglycine and phenylacetylproline are formed. Bioavailability is determined at the level of 99.7%.

Noopept is used in the therapy of attention breakdown, memory loss, as well as other cognitive functions or emotionally labile disorders that have emerged against the backdrop of postcommunity syndrome, asthenic disorders, cerebral vascular insufficiency, brain trauma and pathological conditions that reduce intellectual potential.

The pill “Noopept” is taken after a meal. At the initial dose of 20 mg divided into two doses (morning and evening), with insufficient effectiveness and good tolerability, you can go to 30 mg (three times a day for 10 mg), counting so that the last reception was not later than 18 hours. One course lasts from 1.5 to 3 months, and a second course can be carried out with a one-month break.

Noopept Side effects and contraindications

Almost all nootropics powder mean a ban on the use of women during pregnancy. However, with the reception of “Noopept” in the list of contraindications is included:

• restriction on age to 18 years,
• deficiency of lactase,
• marked violations in the liver and kidneys,
• lucose-galactose malabsorption,
• lactose intolerance.

The last factor associated with a pathological reaction to lactose (milk) among the eastern Slavs is observed in 16-18% of the population. For Europe, this is the average figure – more for Austrians (up to 20%), Finns (18%), Italians (depending on the region from 15 to 52%), Balkans and residents of Crete (56%). In the south of France, this figure reaches 67%, and in Sicily – 71%. The percentage of lactose intolerance among the inhabitants of Central Asia is 80 – this means that 4 out of 5 people cannot use this nootropic drug. In this case, it is more expedient to switch to alternative natural remedies with a similar nootropic effect (for example, ” HeadBooster “), but as well as the reception of “Noopept”, it is necessary to take into account hypersensitivity to the components.
Side effects of “Noopept” include allergic reactions and the possibility of lifting blood pressure in people with arterial hypertension.

People who use nootropic drugs for medical purposes, but to expand memory and stimulate brain activity (“nootropics“), usually experience the effect of various substances and can make a comparative subjective assessment.

So, “Noopept” is described as a drug, which already in the second week of reception allows you to keep increased intellectual activity throughout the day. It is noted that there are no headaches that usually occur with the same load, if the drug is not taken for a long time. Separate mention of dreams, which when receiving this nootropy become more vivid and expressive.

Similar characteristics for a subjective description are, for example, Semax, Optimentis (Optimumis), HeadBooster (HeadBuster), etc., but not all preparations are described in the same way. For example, “Fenibut”, which is also used to strengthen memory and attention, reducing nervousness, simultaneously makes a person quite emotionless with slightly slower reactions.

Noopept is not assigned to patients with severe renal dysfunction, liver dysfunction, lactose deficiency, glucose-galactose malabsorption or lactose intolerance. In addition, it is necessary to refrain from prescribing the drug to pregnant, lactating, as well as patients who are under 18 and patients with individual hypersensitivity components of the drug.

Application in pregnancy and lactation

The prescription of the drug Hoenopt for breastfeeding and pregnant women is highly undesirable, since there is no reliable information about the peculiarities of the influence of noopept on the development of a fetus or a newborn who is breastfed in women receiving treatment with the drug.

Hopepe is used for oral administration. Tablets should be taken after meals and drink plenty of liquid. In connection with the fact that the drug has an exciting effect, it must be taken no later than 18:00. Duration of treatment and the dose of the medicine the doctor calculates independently.

At the beginning of treatment, the patient is recommended to take 10 mg of the drug 2 times a day. If, when taking the drug in minimal doses, it was not possible to achieve the necessary therapeutic effect, the frequency of reception is increased to three times a day.

The drug is intended for long-term use, the course of treatment can vary from 1.5 to 3 months. It is possible to conduct repeated courses of treatment thirty days after the last drug intake.

If pain is needed to take Noopept in high doses for a long time, then the patient must be under constant medical observation.

Even with the reception of Noopept in high doses, patients do not develop symptoms of acute poisoning. Despite the non-toxicity of the drug, if you notice that the patient accidentally took the drug in a higher dosage, then he should rinse the stomach and ensure the production of activated carbon and abundant drinking.

If, when using Noopept, the patient has uncharacteristic symptoms for the medicine, they should be immediately notified to the treating doctor who will decide on the advisability of further treatment.

Noopept must be stored in a dry, protected from light place, which is not accessible to children. The duration of storage of the preparation Hoenopt is 3 years.