What is Alzheimer’s and Geroprotectors(GNPs)

Alzheimer’s is the most common cause of dementia,is a type of dementia that causes problems with memory, thinking and behavior. Symptoms usually develop slowly and get worse over time, becoming severe enough to interfere with daily tasks.Alzheimer’s disease accounts for 60 percent to 80 percent of dementia cases. And old age is the greatest risk factor for many diseases, including Alzheimer’s disease (AD) and cancer.

Geroprotectors, it is a senotherapeutic that aims to affect the root cause of aging and age-related diseases, and thus prolong the life span of animals. New Salk research has now identified a unique subclass of these compounds, dubbed geroneuroprotectors (GNPs), which are AD drug candidates and slow the aging process in mice. 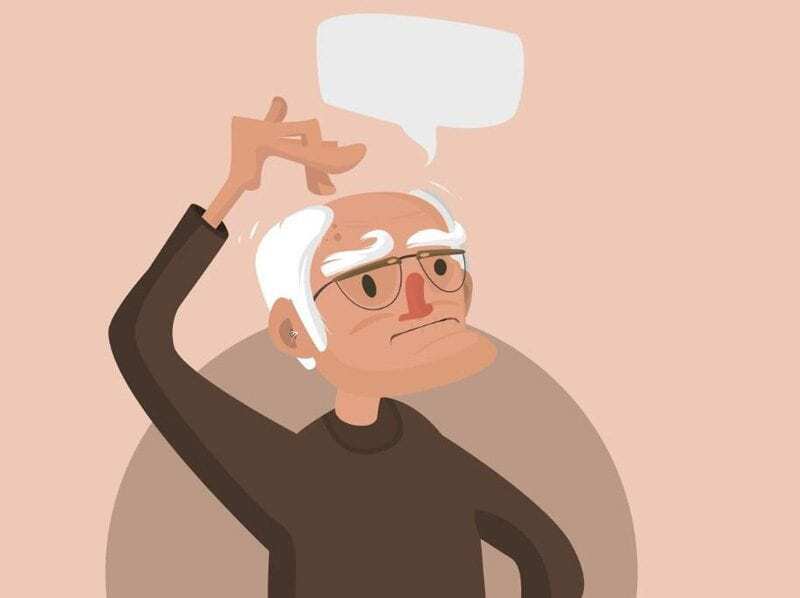 Cause of Alzheimer’s disease

Researchers believe there is not a single cause of Alzheimer’s disease. How do you get Alzheimer’s disease? The disease likely develops from multiple factors, such as genetics, lifestyle and environment. Scientists have identified factors that increase the risk of Alzheimer’s. While some risk factors — age, family history and heredity — can’t be changed, emerging evidence suggests there may be other factors we can influence.

Most individuals with the disease are 65 and older. After age 65, the risk of Alzheimer’s doubles every five years. After age 85, the risk reaches nearly one-third.

Another strong risk factor is family history. Those who have a parent, brother or sister with Alzheimer’s are more likely to develop the disease. The risk increases if more than one family member has the illness.

Scientists know genes are involved in Alzheimer’s. Two categories of genes influence whether a person develops a disease: risk genes and deterministic genes.

There is a link between head injury and future risk of dementia.  Protect your brain by buckling your seat belt, wearing your helmet when participating in sports, and “fall-proofing” your home.

Some of the strongest evidence links brain health to heart health. This connection makes sense, because the brain is nourished by one of the body’s richest networks of blood vessels, and the heart is responsible for pumping blood through these blood vessels to the brain.

Today, Alzheimer’s is at the forefront of biomedical research. Researchers are working to uncover as many aspects of Alzheimer’s disease and other dementias as possible. Some of the most remarkable progress has shed light on how Alzheimer’s affects the brain. The hope is this better understanding will lead to new treatments. Many potential approaches are currently under investigation worldwide.

Salk’s Cellular Neurobiology Laboratory started with two chemicals found in plants that have demonstrated medicinal properties: fisetin, a natural product derived from fruits and vegetables, and curcumin, from the curry spice turmeric. From these, the team synthesized three AD drug candidates based upon their ability to protect neurons from multiple toxicities associated with the aging brain. The lab showed that these three synthetic candidates (known as CMS121, CAD31 and J147), as well as fisetin and curcumin, reduced the molecular markers of aging, as well as dementia, and extended the median lifespan of mice or flies.

Importantly, the group demonstrated that the molecular pathways engaged by these AD drug candidates are the same as two other well-researched synthetic compounds that are known to extend the lifespan of many animals. For this reason, and based on the results of their previous studies, the team says fisetin, curcumin and the three AD drug candidates all meet the definition of being geroneuroprotectors.

Other studies in the lab are determining whether these compounds have effects on organs outside of the brain. “If these drugs have benefits for other body systems, such as maintaining kidney function and overall muscle health, they could be used in additional ways to treat or prevent the diseases of aging,” Schubert says.

Curcumin, the main ingredient of the Indian curry spice turmeric, is a multitarget compound that reduces inflammation, ROS production, amyloid toxicity, and excitotoxicity, and is very effective in rodent models of AD. However, curcumin has very low neurotrophic activity, poor bioavailability, and poor brain penetrance. To improve the neurotrophic activity and metabolic stability of curcumin, we used SAR driven iterative chemistry to improve the pharmacological properties while at the same time increasing its potency and aspects of its biological activities. Initially the highly labile diketo system of curcumin was modified to a pyrazole to make CNB-001, with improved stability and neuroprotective activity over curcumin. Systemic exploration of groups on three phenyl rings of CNB-001 revealed that the hydroxyl groups are not necessary for activity in the seven screening assays. The addition of two methyl groups to the pyrazole attached phenyl ring led to CNB-023 with improved potency over CNB-001. However, CNB-023 is highly lipophilic (cLogP = 7.66), and compounds with high lipophilicity have multiple liabilities. To reduce the lipophilicity and identify the minimal structural requirements for activity, one of the two cinnamyl groups was removed and further optimization led to an extremely potent small molecule J147. J147 is 5–10 times more potent in all of the screening assays as CNB-001, while curcumin has little or no activity in any assay. J147 is not only highly potent but also it has good physicochemical properties (MW = 350, cLogP = 4.5, tPSA = 42). J147 (1146963-51-0) has been studied extensively in normal aged and AD models where it has outstanding therapeutic efficacy.

Somebody concern that does J147 can be degraded to aromatic amines/hydrazines that are potentially carcinogenic. To explore this possibility, the metabolic stability of J147 was studied in microsomes, in mouse plasma, and in vivo. It was shown that J147 (1146963-51-0) is not degraded to aromatic amines or hydrazines, that the scaffold is exceptionally stable, and that it is modified to two or three oxidative metabolites in human, mouse, rat, monkey, and dog liver microsomes. To examine the safety of these metabolites, we have synthesized all three human liver microsomal metabolites and assayed them for biological activity in the neuroprotection assays. None of these metabolites are toxic, and many of the metabolites have biological activities similar to those of J147.

CMS121 is the derivative of fisetin. Over the past few years, we have shown that the flavonoid fisetin is an orally active, neuroprotective, and cognition-enhancing molecule in several animal models of CNS disorders. Fisetin has direct antioxidant activity and can maintain the intracellular levels of GSH under stress. In addition, fisetin has both neurotrophic and anti-inflammatory activity. This wide range of actions suggests that fisetin has the ability to reduce the loss of neurological function associated with multiple disorders. However, its relatively high EC50 in cell based assays (2–5 μM), low lipophilicity (cLogP 1.24), high tPSA (107), and poor bioavailability have limited fisetin for further development as a drug candidate.

The challenge was to improve the potency of fisetin in multiple neuroprotective pathways while at the same time altering its physicochemical properties to be more consistent with those of successful CNS drugs (molecular weight ≤ 400, cLogP ≤ 5, tPSA ≤ 90, HBD ≤ 3, HBA ≤ 7).Two different approaches were used to improve fisetin. In the first, the different hydroxyl groups were modified in a systematic manner to eliminate possible sulfate/glucuronidate metabolites. In the second approach, the flavone scaffold was changed to a quinoline, while at the same time maintaining key structural elements of fisetin.Utilizing our multitarget drug discovery approach, we have generated a number of derivatives with greatly enhanced activities in the neuroprotective oxytosis and in vitro ischemia assays. Three additional activities of fisetin were retained in the derivatives, including the maintenance of GSH, inhibition of bacterial lipopolysaccharide (LPS) induced microglial activation, and PC12 cell differentiation, a measure of neurotrophic activity. Flavone derivative CMS-140 and quinolone derivative CMS-121 are 600 and 400 times more potent, respectively, than fisetin in the ischemia assay (Figure ​. Thus, it is possible to maintain the multitarget qualities of a polyphenol while improving both the physiochemical and pharmacological properties of the compound.

All of the multiple physiological effects of CAD31 were favorable in the context of preventing some of the toxic events in old age-associated neurodegenerative diseases.

CAD31 is an Alzheimer’s disease (AD) drug candidate that was selected on the basis of its ability to stimulate the replication of human embryonic stem cell-derived neural precursor cells as well as in APPswe/PS1ΔE9 AD mice. To move CAD-31 toward the clinic, experiments were undertaken to determine its neuroprotective and pharmacological properties, as well as to assay its therapeutic efficacy in a rigorous mouse model of AD.

CAD31 has potent neuroprotective properties in six distinct nerve cell assays that mimic toxicities observed in the old brain. Pharmacological and preliminary toxicological studies show that CAD31 is brain-penetrant and likely safe. When fed to old, symptomatic APPswe/PS1ΔE9 AD mice starting at 10 months of age for 3 additional months in a therapeutic model of the disease, there was a reduction in the memory deficit and brain inflammation, as well as an increase in the expression of synaptic proteins. Small-molecule metabolic data from the brain and plasma showed that the major effect of CAD-31 is centered on fatty acid metabolism and inflammation. Pathway analysis of gene expression data showed that CAD-31 had major effects on synapse formation and AD energy metabolic pathways.

Research group is now focusing on getting two GNPs into human clinical trials. The fisetin derivative, CMS121, is currently in the animal toxicology studies required for FDA approval to start clinical trials. The curcumin derivative, J147, is under FDA review for allowance to start clinical trials for AD early next year. The group plans to incorporate biochemical markers for aging into the clinical trials to assay for potential geroprotective effects.The investigators say that the discovery of these AD drug candidates validates the drug discovery model they have developed as a plausible method for identifying additional GNP compounds that will help promote healthy aging. This could greatly accelerate the pipeline for drugs to treat the diseases of aging for which there are currently no cures.