Curcumin is a polyphenol and the active component of Turmeric and Ginger.Curcumin has many proven benefits in treating numerous diseases, but due to its poor ability to cross the Blood-Brain Barrier (BB), there are clear limitations.

Basically, J147(CAS:1146963-51-0) is a Curcumin and Cyclohexyl-Bisphenol A (CBA) derivative that is a potent neurogenic and neuroprotective drug. It was developed for the use of treating neurodegenerative conditions associated with aging. J147 can cross the BBB into the brain (strong) and induce neuronal stem cell production.

Unlike the current drugs approved for Alzheimer’s Disease, J147 is neither an acetylcholinesterase inhibitor nor a phosphodiesterase inhibitor, yet it enhances cognition with a short-term treatment.

In this post, we will discuss how the curcumin derivative J147 treat Alzheimer’s Disease(AD), major depressive disorder(MDD) and Anti-aging.

Here is the contents: 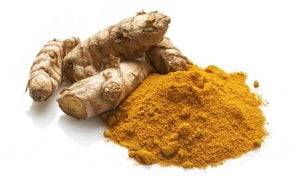 Until 2018, the J-147 effect on the cell remained mysterious until the Salk Institute Neurobiologists decoded the puzzle. The drug works by binding to ATP synthase. This mitochondrial protein modulates the production of cellular energy, hence, controlling the aging process.The presence of the J-147 supplement in the human system prevents age-related toxicities that result from dysfunctional mitochondria and overproduction of ATP.

J-147 mechanism of action will also augment the levels of various neurotransmitters including NGF and BDNF. Besides, it acts on the beta-amyloid levels, which are always high among patients with Alzheimer’s and dementia. J-147 effects include slowing the progression of Alzheimer’s, preventing memory deficit, and augmenting the production of neuronal cells.

Currently, the major drug discovery paradigm for neurodegenerative diseases is based upon high affinity ligands for single disease-specific targets. For Alzheimer’s disease (AD), the focus is the amyloid beta peptide (Ass) that mediates familial Alzheimer’s disease pathology. However, given that age is the greatest risk factor for AD, we explored an alternative drug discovery scheme that is based upon efficacy in multiple cell culture models of age-associated pathologies rather than exclusively amyloid metabolism. Using this approach, we identified an exceptionally potent, orally active, neurotrophic molecule that facilitates memory in normal rodents, and prevents the loss of synaptic proteins and cognitive decline in a transgenic AD mouse model. 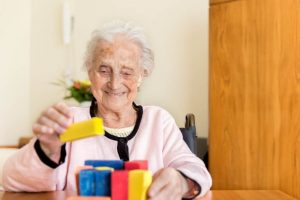 INTRODUCTION: Despite years of research, there are no disease-modifying drugs for Alzheimer’s disease (AD), a fatal, age-related neurodegenerative disorder. Screening for potential therapeutics in rodent models of AD has generally relied on testing compounds before pathology is present, thereby modeling disease prevention rather than disease modification. Furthermore, this approach to screening does not reflect the clinical presentation of AD patients which could explain the failure to translate compounds identified as beneficial in animal models to disease modifying compounds in clinical trials. Clearly a better approach to pre-clinical drug screening for AD is required.

METHODS: To more accurately reflect the clinical setting, we used an alternative screening strategy involving the treatment of AD mice at a stage in the disease when pathology is already advanced. Aged (20-month-old) transgenic AD mice (APP/swePS1DeltaE9) were fed an exceptionally potent, orally active, memory enhancing and neurotrophic molecule called J147. Cognitive behavioral assays, histology, ELISA and Western blotting were used to assay the effect of J147 on memory, amyloid metabolism and neuroprotective pathways. J147 was also investigated in a scopolamine-induced model of memory impairment in C57Bl/6J mice and compared to donepezil. Details on the pharmacology and safety of J147 are also included.

RESULTS: Data presented here demonstrate that J147 has the ability to rescue cognitive deficits when administered at a late stage in the disease. The ability of J147 to improve memory in aged AD mice is correlated with its induction of the neurotrophic factors NGF (nerve growth factor) and BDNF (brain derived neurotrophic factor) as well as several BDNF-responsive proteins which are important for learning and memory. The comparison between J147 and donepezil in the scopolamine model showed that while both compounds were comparable at rescuing short term memory, J147 was superior at rescuing spatial memory and a combination of the two worked best for contextual and cued memory.

J147 is an exciting new compound that is extremely potent, safe in animal studies and orally active. J147 is a potential AD therapeutic due to its ability to provide immediate cognition benefits, and it also has the potential to halt and perhaps reverse disease progression in symptomatic animals as demonstrated in these studies.

Mice treated with J147 had better memory and cognition, healthier blood vessels in the brain and other improved physiological features…

“Initially, the impetus was to test this drug in a novel animal model that was more similar to 99%of Alzheimer’s cases,” says Antonio Currais, a member of Professor David Schubert’s Cellular Neurobiology Laboratory at Salk. “We did not predict we’d see this sort of anti-aging effect, but J147 made old mice look like they were young, based upon a number of physiological parameters.” “While most drugs developed in the past 20 years target the amyloid plaque deposits in the brain (which are a hallmark of the disease), none have proven effective in the clinic,” says Schubert.

Several years ago, Schubert and his colleagues began to approach the treatment of the disease from a new angle. Rather than target amyloid, the lab decided to zero in on the major risk factor for the disease – old age. Using cell-based screens against old age-associated brain toxicities, they synthesized J147.

Previously, the team found that J147 could prevent and even reverse memory loss and Alzheimer’s pathology in mice that have a version of the inherited form of Alzheimer’s, the most commonly used mouse model. However, this form of the disease comprises only about 1% of Alzheimer’s cases. For everyone else, old age is the primary risk factor, says Schubert. The team wanted to explore the effects of the drug candidate on a breed of mice that age rapidly and experience a version of dementia that more closely resembles the age-related human disorder. 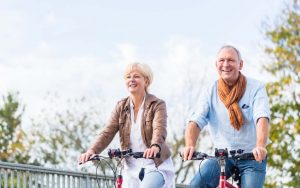 The old mice that received J147 performed better on memory and other tests for cognition and also displayed more robust motor movements. The mice treated with J147 also had fewer pathological signs of Alzheimer’s in their brains. Importantly, because of the large amount of data collected on the three groups of mice, it was possible to demonstrate that many aspects of gene expression and metabolism in the old mice fed J147 were very similar to those of the young animals. These included markers for increased energy metabolism, reduced brain inflammation and reduced levels of oxidized fatty acids in the brain.

Another notable effect was that J147 prevented the leakage of blood from the microvessels in the brains of old mice. “Damaged blood vessels are a common feature of aging in general, and in Alzheimer’s, it is frequently much worse,” says Currais.

Conclusion on J-147 for aging problem

The team from the Salk Institute showed that the drug candidate worked well in a mouse model of aging not typically used in Alzheimer’s research. When these mice were treated with J147, they had better memory and cognition, healthier blood vessels in the brain and other improved physiological features.

Major depressive disorder (MDD) is a severe mental disorder related to the deficiency of monoamine neurotransmitters, particularly to abnormalities of 5-HT (5-hydroxytryptamine, serotonin) and its receptors. Our previous study suggested that acute treatment with a novel curcumin derivative J147 exhibited antidepressant-like effects by increasing brain derived neurotrophic factor (BDNF) level in the hippocampus of mice. The present study expanded upon our previous findings and investigated the antidepressant-like effects of sub-acute treatment of J147 for 3 days in male ICR mice and its possible relevancy to 5-HT1A and 5-HT1B receptors and downstream cAMP-BDNF signaling. 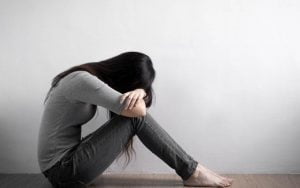 Methods: J147 at doses of 1, 3, and 9 mg/kg (via gavage) was administered for 3 days, and the anti-immobility time in the forced swimming and tail suspension tests (FST and TST) was recorded. The radioligand binding assay was used to determine the affinity of J147 to 5-HT1A and 5-HT1B receptor. Moreover, 5-HT1A or 5-HT1B agonist or its antagonist was used to determine which 5-HT receptor subtype is involved in the antidepressant-like effects of J147. The downstream signaling molecules such as cAMP, PKA, pCREB, and BDNF were also measured to determine the mechanism of action.

Results: The results demonstrated that sub-acute treatment of J147 remarkably decreased the immobility time in both the FST and TST in a dose-dependent manner. J147 displayed high affinity in vitro to 5-HT1A receptor prepared from mice cortical tissue and was less potent at 5-HT1B receptor. These effects of J147 were blocked by pretreatment with a 5-HT1A antagonist NAD-299 and enhanced by a 5-HT1A agonist 8-OH-DPAT. However, 5-HT1B receptor antagonist NAS-181 did not appreciably alter the effects of J147 on depression-like behaviors. Moreover, pretreatment with NAD-299 blocked J147-induced increases in cAMP, PKA, pCREB, and BDNF expression in the hippocampus, while 8-OH-DPAT enhanced the effects of J147 on these proteins’ expression.

The results suggest that J147 induces rapid antidepressant-like effects during a 3-day treatment period without inducing drug tolerance. These effects might be mediated by 5-HT1A-dependent cAMP/PKA/pCREB/BDNF signaling.

※ J147 is a phenyl hydrazide derived from the natural compound curcumin.

※ The mitochondrial α-F1 subunit of ATP synthase (ATP5A) as a high affinity molecular target of J147, a protein previously studied in the context of aging…has dose dependent inhibition on ATP5a.

※ T-006 has a protective role in this system through both inhibiting MAPK/ERK pathway and restoring PI3-K/Akt pathway.

※Other derivatives such as 3j (dicyanovinyl-substituted J147 analogue) can inhibit oligomerization and fibrillation of β-amyloid peptides and protects neuronal cells from β-amyloid-induced cytotoxicity.

The legality of this nootropic is still a bone of contention but it will not bar you from acquiring legitimate products. After all, J-147 Alzheimer’s clinical trials are underway. You can purchase the powder in online stores as you get the privilege to compare J-147 prices across different sellers. However, you should make sure to shop around from valid suppliers with independent laboratory testing.

If you want some J-147 for sale, check in with our store. We supply numerous nootropics under quality control. You can buy in bulk or make single purchases depending on your psychonautic goal. Note that, J-147 price is friendly only when you buy in large quantities.