Gefitinib is a kinase inhibitor.The chemical name of gefitinib is 4-Quinazolinamine N-(3-chloro-4-fluorophenyl)-7-methoxy-6-[3-(4-morpholinyl) propoxy].Gefitinib has the molecular formula C22H24ClFN4O3, a relative molecular mass of 446.9 daltons and is a white-colored powder. Gefitinib is a free base. The molecule has pKas of 5.4 and 7.2. Gefitinib can be defined as sparingly soluble at pH 1, but is practically insoluble above pH 7, with the solubility decreasing sharply between pH 4 and pH 6. In non-aqueous solvents, gefitinib is freely soluble in glacial acetic acid and dimethyl sulfoxide, soluble in pyridine, sparingly soluble in tetrahydrofuran, and slightly soluble in methanol, ethanol (99.5%), ethyl acetate, propan-2-ol and acetonitrile.

Gefitinib is used to treat non-small cell lung cancer that has spread to other parts of the body in people with certain types of tumors. Gefitinib is in a class of medications called kinase inhibitors. It works by blocking the action of a certain naturally occurring substance that may be needed to help cancer cells multiply.

Gefitinib is an inhibitor of the epidermal growth factor receptor (EGFR) tyrosine kinase that binds to the adenosine triphosphate (ATP)-binding site of the enzyme. EGFR is often shown to be overexpressed in certain human carcinoma cells, such as lung and breast cancer cells. Overexpression leads to enhanced activation of the anti-apoptotic Ras signal transduction cascades, subsequently resulting in increased survival of cancer cells and uncontrolled cell proliferation. Gefitinib is the first selective inhibitor of the EGFR tyrosine kinase which is also referred to as Her1 or ErbB-1. By inhibiting EGFR tyrosine kinase, the downstream signaling cascades are also inhibited, resulting in inhibited malignant cell proliferation.

Gefitinib Use In the World

Gefitinib is currently marketed in over 64 countries. Gefitinib was approved and marketed from July 2002 in Japan, making it the first country to import the drug.

The FDA approved gefitinib in May 2003 for non-small cell lung cancer (NSCLC).It was approved as monotherapy for the treatment of patients with locally advanced or metastatic NSCLC after failure of both platinum-based and docetaxel chemotherapies,as a third-line therapy.

In June 2005 the FDA withdrew approval for use in new patients due to lack of evidence that it extended life.

In Europe gefitinib is indicated since 2009 in advanced NSCLC in all lines of treatment for patients harbouring EGFR mutations. This label was granted after gefitinib demonstrated as a first-line treatment to significantly improve progression-free survival vs. a platinum doublet regime in patients harbouring such mutations. IPASS has been the first of four phase III trials to have confirmed gefitinib superiority in this patient population.

In most of the other countries where gefitinib is currently marketed it is approved for patients with advanced NSCLC who had received at least one previous chemotherapy regime. However, applications to expand its label as a first-line treatment in patients harbouring EGFR mutations is currently in process based on the latest scientific evidence.[citation needed] As at August 2012 New Zealand has approved gefitinib as first-line treatment for patients with EGFR mutation for naive locally advanced or metastatic, unresectable NSCLC. This is publicly funded for an initial 4-month term and renewal if no progression.On July 13, 2015, the FDA approved gefitinib as a first-line treatment for NSCLC. 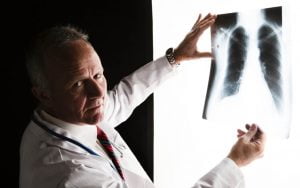 Side Effects of Gefitinib

Important things to remember about the side effects of gefitinib:

♦ Most people do not experience all of the side effects listed.

♦ Side effects are often predictable in terms of their onset and duration.

♦ Side effects are almost always reversible and will go away after treatment is complete.

♦ There are many options to help minimize or prevent side effects.

♦ There is no relationship between the presence or severity of side effects and the effectiveness of the medication.

The following side effects are common (occurring in greater than 30%) for patients taking gefitinib:

Rare cases (about 1%) of a serious side effect of interstitial lung disease (pneumonia, or inflammation of the lungs without infection).  When this side effect occurred, it was often accompanied by breathing difficulty with cough or a low-grade fever requiring hospitalization.  1/3 of the cases had led to death.  If a sudden onset of shortness of breath, cough and/or fever occur while taking gefitinib, notify your health care professional.

Elevation in liver function tests (transaminase, bilirubin, and alkaline phosphatase) has been observed in patients treated with gefitinib.  These elevations were not accompanied by any symptoms of liver toxicity. However, your health care professional may check blood tests to monitor your liver function periodically, while you are taking gefitinib.

Not all side effects are listed above. Some that are rare (occurring in less than 10% of patients) are not listed here. However, you should always inform your health care provider if you experience any unusual symptoms.

Keep gefitinib in the container it came in, tightly closed, and out of reach of children. Store it at room temperature and away from excess heat and moisture (not in the bathroom).

Unneeded gefitinib should be disposed of in special ways to ensure that pets, children, and other people cannot consume them. However, you should not flush this gefitinib down the toilet. Instead, the best way to dispose of your gefitinib is through a medicine take-back program. Talk to your pharmacist or contact your local garbage/recycling department to learn about take-back programs in your community. See the FDA’s Safe Disposal of Medicines website for more information if you do not have access to a take-back program.

It is important to keep all medication out of sight and reach of children as many containers (such as weekly pill minders and those for eye drops, creams, patches, and inhalers) are not child-resistant and young children can open them easily. To protect young children from poisoning, always lock safety caps and immediately place the medication in a safe location – one that is up and away and out of their sight and reach. 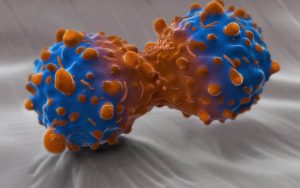 Gefitinib is a novel targeted therapy that inhibits the tyrosine kinase activity of the epidermal growth factor receptor by competitively blocking the ATP binding site. In preclinical studies gefitinib has shown potent activity in a number of tumor models, including several lung cancer cell lines and xenografts. Two large randomized Phase II studies (IDEAL 1 and IDEAL 2) in pretreated non-small cell lung cancer reported a response rate approaching 20% in second-line patients and ∼10% in those pretreated with two or more chemotherapy regimens. The median survival in these two studies approached 6–8 months. As a first-line therapy, gefitinib has been assessed in combination with two different chemotherapy regimens in two large randomized studies (INTACT 1 and INTACT 2). Both studies failed to show an improvement in survival on a total patient accrual of >1000 patients in each study. Other end points (e.g., time to progression and response rate) were also not improved by the addition of gefitinib. Additional studies are indicated to assess the possible role of gefitinib in the maintenance of patients who received chemotherapy or chemoradiotherapy. Studies investigating gefitinib as first-line monotherapy are also required.

The majority of patients with non-small cell lung cancer (NSCLC) eventually develop metastatic disease or disease that is not amenable to local therapies only and are potential candidates for systemic therapies. Although chemotherapy can improve survival in patients with advanced disease, the advantage is only ∼2 months over best supportive care, and this is at the cost of substantial adverse effects. The search for new agents that are at least as active as chemotherapy but better tolerated is of paramount importance. A number of novel agents that act specifically against select targets present on cancer cells, such as the epidermal growth factor receptor (EGFR), are being tested in advanced NSCLC. Thus far, primarily patients with advanced NSCLC have been assessed, but there is a good rationale to investigate several of these agents in earlier disease settings, where some of the targeted genetic abnormalities are already present.

EGFR is highly expressed in a variety of solid tumors, including NSCLC. EGFR is highly expressed in most (∼80%) lung squamous cell carcinomas, and approximately half of all lung adenocarcinomas and large-cell carcinomas. Activation of the EGFR in cancer cells has been shown to promote processes involved in tumor cell proliferation, angiogenesis, invasion, and metastasis, and to inhibit apoptosis. EGFR (erbB1 or HER1) is a member of the erbB receptor family, which also includes erbB2 (HER2), erbB3 (HER3), and erbB4 (HER4). It is a transmembrane glycoprotein composed of an extracellular ligand-binding domain, a transmembrane domain, and an intracellular signal-transducing domain with tyrosine kinase activity. After binding of a physiological ligand such as epidermal growth factor, the EGFR dimerizes with either another EGFR monomer or another member of the erbB family. This leads to activation of tyrosine kinase, autophosphorylation of tyrosine, and initiation of signaling cascades that ultimately result in various downstream responses such as cell proliferation. Moreover, EGFR expression in tumors has been associated with a poor response to therapy, development of cytotoxic drug resistance, disease progression, and poor survival. Other mechanisms of increased EGFR signaling that might be involved in tumor cell proliferation include increased levels of extracellular ligand, heterodimerization of EGFR, and EGFR mutation. The most common form of mutated EGFR in tumors is EGFRvIII, which is found in up to 39% of NSCLC cases. EGFRvIII carries a deletion mutation from amino acids 6 to 273 in the extracellular binding domain and exhibits constitutive tyrosine kinase activity that is independent of extracellular ligand binding. 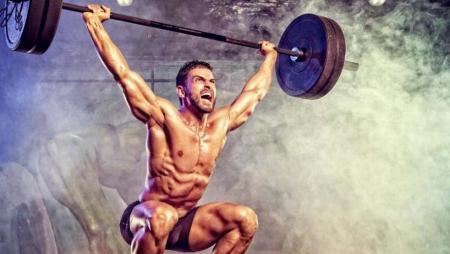 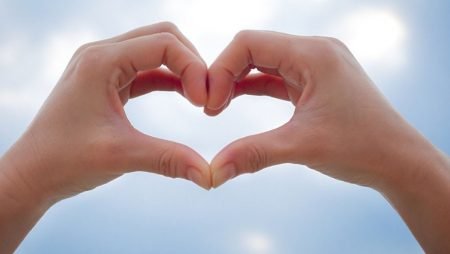 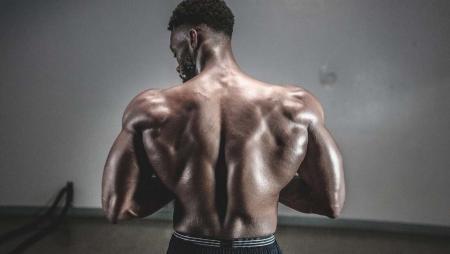