AASraw is with synthesis and production ability from gram to mass order of CDP choline powder (987-78-0), under CGMP regulation and trackable quality control system.

This supplement is catered towards preventing or treating memory impairments associated with aging due to the fact that both of the molecules it confers are neuroprotective and potentially enhance learning. While it appears to be more effective than phosphatidylcholine (PC) at this role, in part due to also increasing PC synthesis in the brain, its potency is somewhat comparable to that of Alpha-GPC.

CDP-choline has some other potential uses in relation to cognition. It is commonly used as a memory enhancer in youth, but despite some rodent studies suggesting that this is possible with oral CDP-choline, there are no human studies in youth at this point in time. One study has noted an increase in attention with low dose CDP-choline (which needs to be replicated), and CDP-choline may have roles as an anti-addictive compound against both cocaine and (preliminary evidence suggests) food as well.

Because CDP choline is so well tolerated, a wide range of doses has been documented without the appearance of significant side effects. A daily cumulative dose of anywhere from 250 to 1000 mg, either in a single dose or in two doses 8 to 12 hours apart, is generally considered safe and effective.

Interestingly, an MIT study shows that the effects a dose of 4000 mg were not measurably different from those of a 2000 mg dose, which seems to indicate there is little value in taking very high doses.

CDP choline is available in both capsule and powder form. It is water soluble, and as much as 95% of an oral dose is absorbed by the body.

Clinical trials and studies indicate that CDP choline has no documented serious side effects, even at high doses. Toxicological tests have shown that it has no serious effects on the cholinergic system and it is perfectly tolerated, characteristics that make it suitable for the treatment of a variety of diseases, traumas, and disorders.

Indigestion, headache, insomnia, and diarrhea have infrequently been reported as possible side effects. No studies on the effect on pregnant women have been completed, so those who are pregnant or breastfeeding are advised to refrain from using CPD choline.

CDP choline is an excellent addition to any nootropic user’s supplement regimen. On its own, it’s a proven memory enhancer, known to improve recall and prevent against memory loss related to aging, illness, and injury.

It provides increased mental energy, better focus, and clearer thought. In combination with other nootropics it’s a powerful potentiator, and when stacked with racetams in particular it creates synergistic effects that take cognitive enhancement to a level that neither supplement could reach without the other.

Clinically tested and studied for decades, CDP choline has been shown to be extremely well tolerated even at high doses, though high doses are not necessary to achieving optimal results. There are no documented serious side effects and it’s approved for medical treatment in both Europe and Japan.

CDP choline is an affordable, readily available supplement that has a strong and growing following among nootropic users. If you want to get the most from your nootropic stacks, CDP choline is a choline source worth trying.

(1)Does CDP choline powder work?
CDP Choline is hydrolyzed into Choline and cytidine in the intestines, after crossing the Blood-Brain Barrier it is reformed back into CDP Choline where is used and absorbed through the Acetylcholine receptors which are implicated in thought and memory formation. The neuro protective benefit caused by CDP Choline is potentially caused through the preservation of both Cardiolipin and Sphingomyelin. Another suggested mechanism of action is the stimulation of glutathione synthesis. CDP Choline also helps enhance the signaling of many receptors such as the acetylcholine, norepinephrine, and dopamine.

There are still many variables though that have to be looked at with improving cognitive abilities. As a result, it is very hard to determine just how effective CDP Choline would be for a specific person. It all comes down to their own needs and current cognitive ability as well as lifestyle choices.

(2)BENEFITS AND EFFECTS
CDP choline is a powerful nootropic supplement that potentiates other nootropics and works on its own to enhance many aspects of cognition and brain health:

• Memory Enhancement: CDP Choline is perhaps best known for its ability to improve memory and prevent memory loss. It is frequently associated with anti-aging and has been studied as a potential treatment for Alzheimer’s disease.
• Increased Mental Energy: Maintaining peak mental energy is important for everyone, from students facing exams to older people suffering from the mental slow-down often associated with aging. Clinical trials have shown that CDP Choline has a significant positive effect on mental energy, increasing frontal lobe bioenergetics and mitigating the cognitive declines associated with aging.
• Better Focus and Concentration: CDP choline can increase the ability to concentrate for longer periods with less distraction, an essential for studying, mastering a new skill, or completing any complex and mentally demanding task. Studies show that this is true even in the case of serious conditions including stroke, brain injury, and Alzheimer’s disease.
• Potentiating and Amplifying Other Nootropics: Many nootropic users consider CDP choline a must-have when constructing any stack or combination of supplements. An outstanding choline source, it works particularly well with racetam class nootropics, making their effects stronger and at the same time preventing the minor headache that is sometimes associated with racetams. It has been shown to delay the onset of cognitive deterioration in Alzheimer’s disease when used in combination with piracetam.

How to buy CDP choline powder from AASraw 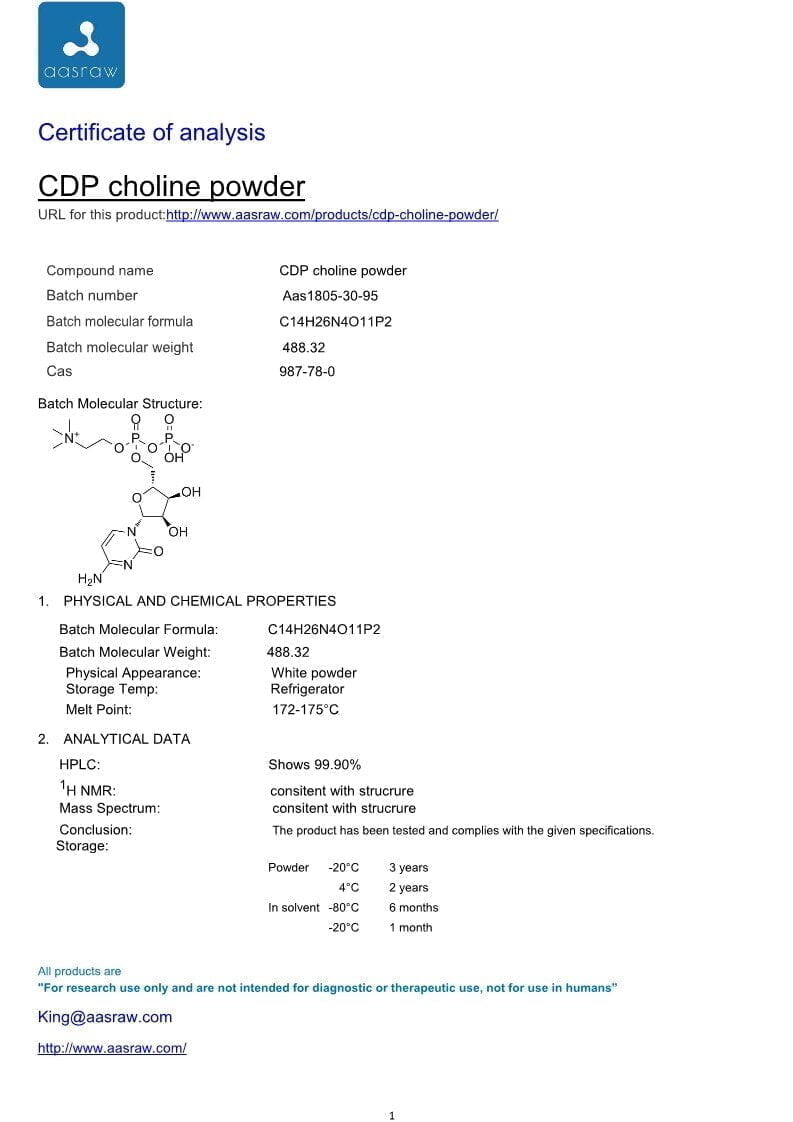 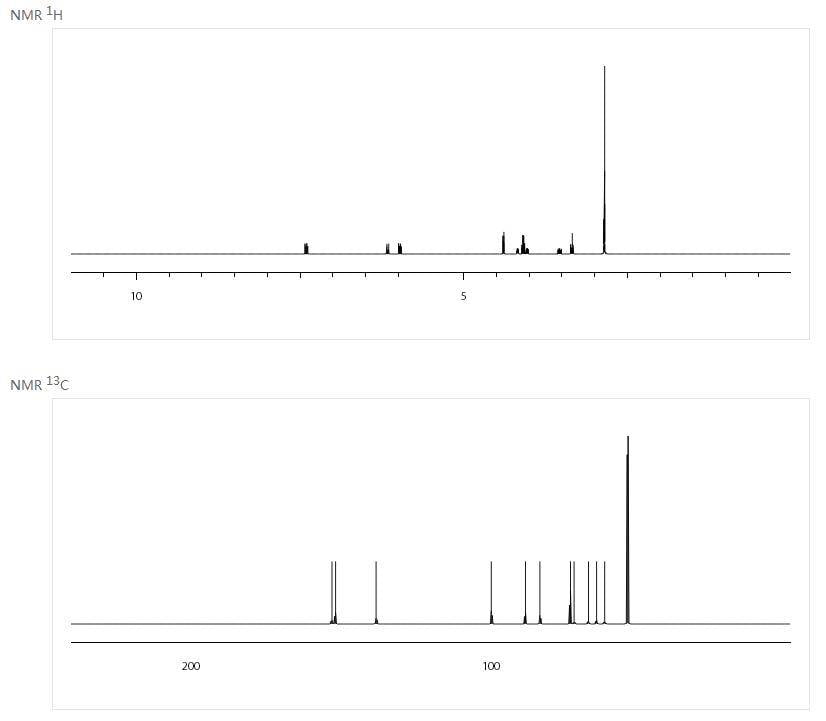