AASraw is with synthesis and production ability from gram to mass order of Coluracetam powder (135463-81-9), under CGMP regulation and trackable quality control system.

Coluracetam powder belongs to the wider group of racetam drugs. It is often touted for its memory boosting properties as well as its positive effects on manic depression and anxiety. Although coluracetam powder is mainly associated with these benefits, it has also been reported to boost optic properties although ongoing studies are needed to identify the exact mechanisms behind this benefit.

Coluracetam powder (MKC-231) is a racetam drug purported to be a cognitive enhancing drug. It is able to preserve choline uptake into neurons when they are otherwise impaired, but currently there is no evidence for inherent nootropic effects.

It appears to have very rapid kinetics, with a peak in blood at around 30 minutes and on the decline within 3 hours. Due to this, supplementation may be time-dependent in relation to activity.

What Types of Results Should I Expect from Raw Coluracetam powder

Memory and Learning
Coluracetam powder is shown to improve cognitive function and memory in rats, and in theory, the same results are expected in human beings. A study conducted by BrainCells Inc showed a memory improvement in rats who were given substance AF64A (a neuron-specific neurotoxin) for eight days along with Coluracetam raw powder in 3 mg doses.They were then put through the standardized Morris Water Maze to mark their ability to get through it, and even up to 72 hours after the last 8 mg dose, they were still able to. Another key finding of this study was that the results were still apparent three days after the last dose, even though the serum concentration of Coluracetam powder was negligible.

Depression and Anxiety
BrainCells Inc. found that a dosage of 240 mg (split into three daily doses of 80 mg) was useful in treating major depression with co-morbid GAD (generalized anxiety disorder). However, the differences were most pronounced in those who didn’t find relief in using standard antidepressants. After one dose, there were no noticeable differences, but after two doses of 80 mg, 36% had improved scores during a depression assessment test.

Eyesight
Coluracetam powder has been associated with optic benefits such as enhanced color vision,recognition, and vividness. Although there isn’t any conclusive evidence to support the mechanisms behind this benefit, experts believe that Coluracetam powder works in the part of the brain that runs visual processes.

Coluracetam raw powder (MKC-231) is a synthetic racetam drug purported to be a nootropic compound. It does not have a large body of evidence investigating it, but the mechanisms of action (as well as structute) appear to be very distinct from other racetam compounds like Piracetam or Aniracetam.

Coluracetam powder appears to interact with a process known as high affinity choline uptake (HACU for short), which is the rate-limiting step of drawing choline into a neuron for synthesis into the neurotransmitter acetylcholine. Increasing the HACU rate appears to increase the activity of cholinergic neurons, so it is a desired target for cognitive enhancement.

Interventions in rats (as there is no human evidence currently) support the usage of Coluracetam raw powder at very low oral doses to preserve HACU that is otherwise impaired by the use of research drugs that are known to impair HACU. The limited evidence looking at the inherent effects of Coluracetam powder on the HACU of normal neurons has failed to find any significant interaction.

Coluracetam raw powder has also been noted to associate with choline transporters physically, but it is not known exactly what it does once associated.

Overall, there is currently insufficient evidence to support the usage of Coluracetam powder for cognitive enhancement. Further studies are needed to see if it has a therapeutic role in instances where HACU may be impaired (such as Alzheimer’s disease).

Like most racetam compounds, Coluracetam raw powder increases choline uptake, but it also increases uptake in damaged neurons. Specifically, Coluracetam powder interacts with the HACU process, which is responsible for absorbing choline into the neurons. This increased uptake occurs during the acetylcholine synthesis process.

Since Coluracetam powder improves choline preservation during this process, a larger amount is converted into acetylcholine. This process results in increased memory, attention, and alertness. It is important to note here, that these benefits were only seen in subjects with previously impaired neurons, not in subjects with normally functioning neurons.

Coluracetam raw powder is also shown to improve AMPA potentiation, which is a process that triggers cognitive function and alertness.

Although Coluracetam powder interacts with choline transporters as well, there isn’t enoughevidence to explain why or how this interaction occurs, or what occurs after the interaction.

Does Raw Coluracetam powder Have Any Side Effects

How to buy Coluracetam powder from AASraw 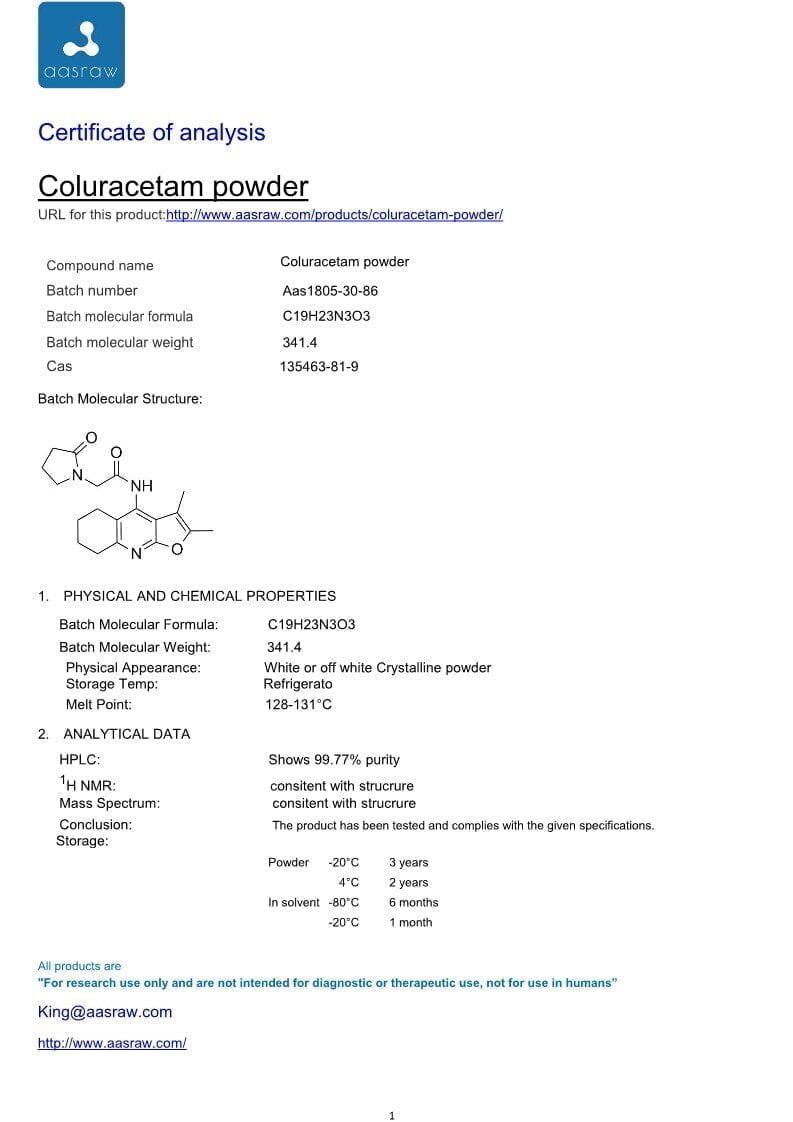 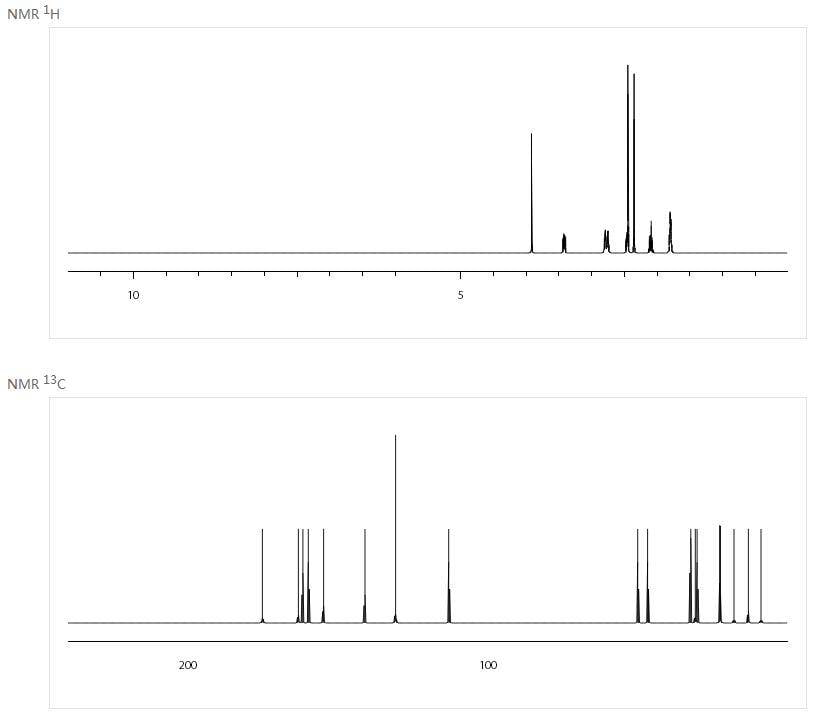