Everything about IDRA-21 powder

Many so called smart drugs have conventional uses,a popular one Smart drug IDRA-21 powder（CAS 22503-72-6） is a nootropic compund research chemical classed as an ampakine.IDRA-21 raw powder works as an ampakine stimulant drug and is currently being researched in regards to its effects in memory improvement, cognitive enhancement, stimulation, and reversing cognitive deficits. It’s likely it was developed in 1994 or 1995 as the first clinical trials and peer-reviewed research articles(IDRA-21 powder examine) appear in the literature in 1995.

Essentially nootropics will only impact on specific neural pathways which will cause the brain to either speed up or slow down.

Neural pathways are complex and sometimes do not perform exactly as they should, so occasionally the brain and body’s reaction may not be exactly as predicted or anticipated. Just like any form of medication or supplement, a nootropic can have different effects and different intensity of effects on different people.

These special classes of compounds can range from herbal teas to synthetically produced powders. Use of Nootropics can help to improve mental focus; promote long-term brain health and in some cases, it has been known that some of the best and more potent nootropics can to help repair damaged neural tissue.

Nootropics, such as Psilocybin (Magic Mushrooms) can have a positive effect on cognitive function, whilst other nootropics such as Caffeine stimulates the brain to the point of being described as a ‘Psychostimulant’. But not all nootropics can have such a far reaching and intense effect.

Nootropics are often referred to as ‘smart drugs’,because they have the ability to enhance cognitive function. They can boost focus, learning capacity, memory, mood, motivation, and energy.

The word ‘nootropic’ was first used in 1972 by a pharmacologist, who took the name from 2 Greek words ‘noos’meaning ‘the mind’and ‘tropein’, meaning towards. The literal translation of the name is ‘to turn towards the mind’.

The drugs have a wide range of benefits and are widely used by people who work in demanding professions and need to keep a competitive edge, and students who are studying for exams.

Modern life is often relentless, so people are turning to nootropics to take them past what they previously considered to be their limits.

IDRA 21 powder is a positive allosteric modulator of glutamate AMPA receptors. It increases excitatory synaptic strength by attenuating rapid desensitization of AMPA receptors and may thus have beneficial therapeutic effects to ameliorate memory deficits in patients with cognitive impairments, including AD. 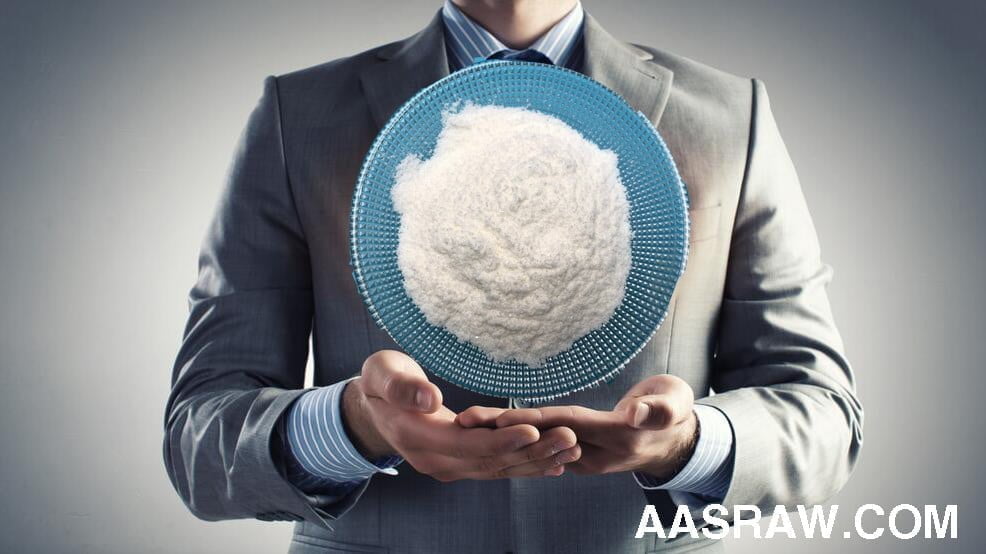 Much of the excitement surrounding IDRA-21 powder comes from recent animal studies bearing impressive results in the areas of nootropic activity, potency, and lasting of effects.

-Compare to Huperzine A

Huperzine A is a reversible acetylcholinesterase (AChE) inhibitor, its administration results in regionally specific increases in acetylcholine levels in the brain. In human clinical trials, Huperzine A resulted in cognitive improvement in patients with mild to moderate form of Alzheimer’s disease (AD) showing its potential as a palliative agent in the treatment of AD.

IDRA 21 powder is a positive allosteric modulator of glutamate AMPA receptors. It increases excitatory synaptic strength by attenuating rapid desensitization of AMPA receptors and may thus have beneficial therapeutic effects to ameliorate memory deficits in patients with cognitive impairments, including AD. The present study evaluated the effects of the two drugs in normal, intact, young adult monkeys to determine whether they can result in cognitive enhancement in a system that is presumably functioning optimally.

Six young pigtail macaques (Macaca nemestrina) were trained on delayed non-matching-to-sample task, a measure of visual recognition memory, up to criterion of 90% correct responses on each of the four delays (10s, 30s, 60s, and 90s). They were then tested on two versions of the task: Task 1 included the four delays intermixed within a session and the monkeys performed it with the accuracy of 90%. Task 2 included, in each of 24 trials, a list of six objects presented in succession. Two objects from the list were then presented for choice paired with novel objects and following two of the four delays intermixed within a session. This task with a higher mnemonic demand yielded an average performance of 64% correct.

Oral administration of huperzine A did not significantly affect the monkeys’ performance on either task. However, a significant negative correlation was found between the baseline performance on each delay and the change in performance under huperzine A, suggesting that under conditions in which the subjects were performing poorly (55 – 69%), the drug resulted in improved performance, whereas no improvement was obtained when the baseline was close to 90%. In fact, when the subjects were performing very well, huperzine A tended to reduce the performance accuracy, indicating that in a system that functions optimally, the increased availability of acetylcholine does not improve performance or memory, especially when the animals are close to the maximum performance. In contrast, oral administration of IDRA 21 powder significantly improved performance on Task 2, especially on the longest delay. This finding supports the potential use of this drug in treatment of cognitive and memory disorders.

In a study done with patas monkeys, the experimenters measured the subjects’cognitive performance in a complex behavioral task.  The monkeys were given the drug alprazolam before the task was given in order to induce a learning deficit (Thomas et al.)  The known nootropic drug aniracetam was pitted against IDRA-21 raw powder to test the latter’s efficacy in reversing impairment.

Results showed that the IDRA-21 raw powder was ten times as powerful as the aniracetam in terms of dosage, meaning that the effects were far more potent dose per dose.  The effects of IDRA-21 powder remained persistent for three days after a single dose, marking it as an extremely long-lasting nootropic especially when compared to the roughly 2 to 3 hour windows given by many other ampakines.

Similarly, research done with rats indicates that IDRA-21 rwa powder is useful for reversing cognitive deficit – this time caused by the drug scopolamine.

In both cases, IDRA-21 raw powder proved effective for treating desensitization of AMPA receptors in the brain, which was simulated by the application of drugs at the beginning of testing.  This shows promise for treating people who may have AMPA-related learning disabilities, or enhancing intelligence in those with naturally desensitized AMPA receptors. 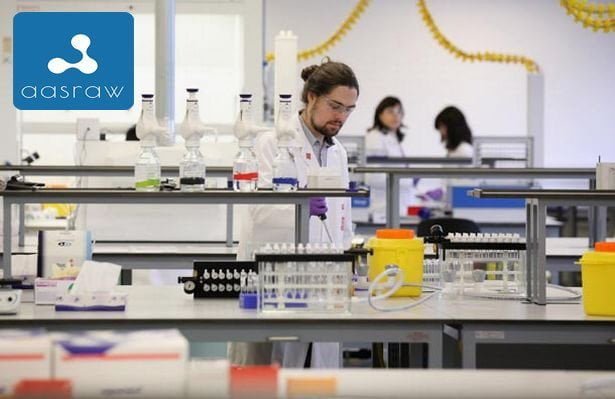 ·Clinical trials show that it is an effective nootropic.
·Estimated to be at 10 to 30 times more potent than aniracetam.
·A single dose can last for days.
·It has a good chance of being a mainstream nootropic.

IDRA-21 raw powder’s primary benefit is a dramatic improvement in learning and memory. It significantly outperforms aniracetam and is approximately 10-30x more potent at reversing cognitive deficits caused by scopolamine and alprazolam. Not only that, but this IDRA-21 raw powder （CAS 22503-72-6）benefits lasts for up to three days after just one IDRA-21 powder dosage.

IDRA-21 raw powder benefits can help to promote a relaxed state very much in the same was as caffeine works as it can either help to kick start the day (morning coffee)  or it can help relax (a refreshing cup of tea). Both contain caffeine but in differing amounts.

IDRA-21 raw powder benefits is also thought to induce long-term potentiation (LTP). LTP is a long-lasting enhancement in how neurons communicate with in the brain. It is vital for improving synaptic plasticity, which strengthens synapses within the brain. As synapses are largely responsible for memories, enhancing their strength and function is vital to improving overall cognition.

The IDRA-21 raw powder effects will very much depend on personal balance, how much is used(IDRA-21 powder dosage), and the effects that you are trying to achieve. Nootropics can sometimes be used with other supplements which is a process known as ‘stacking’(IDRA-21 raw powder stack) in order to either slow down or speed up brain processing. 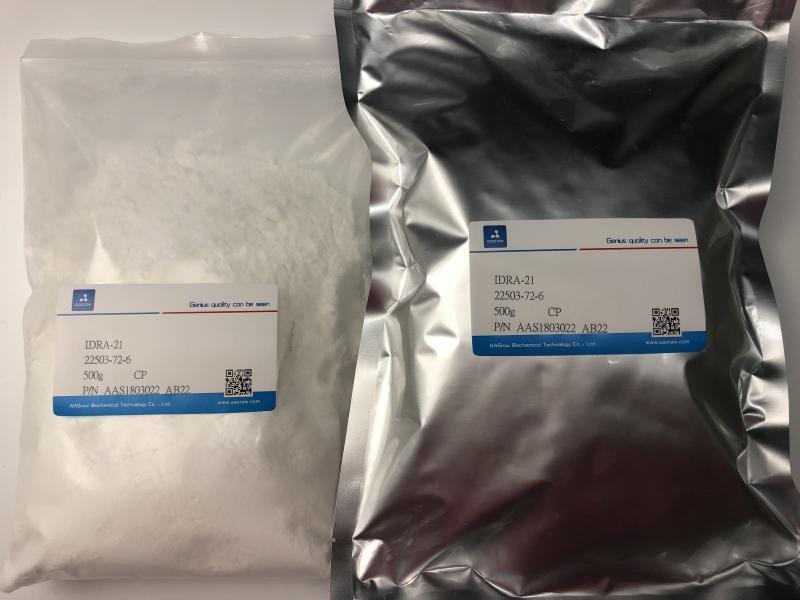 IDRA-21 powder dosage currently has only had animal trials carried out on IDRA-21 raw powder effects. Dosing in a study with monkeys showed that 3 or 5.6 mg/kg body weight was enough to produce cognitive IDRA-21 powder benefits.

Although there are currently no published clinical studies that focus on the IDRA-21 raw powder dosage for human consumption, there are several peer-review online sites that suggest positive experiences when IDRA-21 raw powder is taken orally. The suggested to promote cognitive function are at 5-25mg.

But this  IDRA-21 powder dosage guidelines need to be given careful consideration, particularly as the IDRA-21 raw powder effects  can last for up to 48 hours. If a IDRA-21 raw powder doses of 5 mg is taken, with no apparent affect then, any additional IDRA-21 powder  doses taken should be with caution given that there may be an overlap of timing that could cause problems.

Anecdotal reports have included slight anxiety and headaches, which could be related to increased glutamate neurotransmission in those who already have strong AMPA activity and don’t need IDRA-21 raw powder.

However, it’s best for people who recently had a stroke to avoid this substance, as it could make damage worse according to this research. 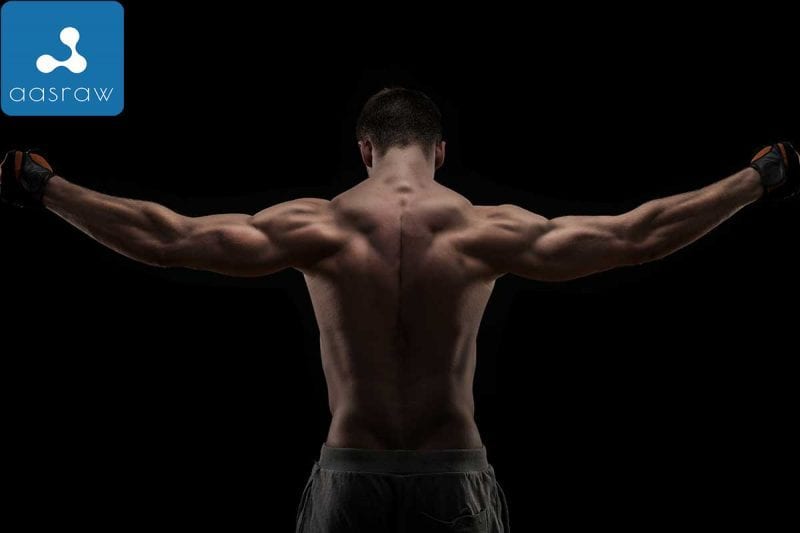 IDRA-21 powder is a chemical that is very difficult to find. Since it’s still early on in clinical studies, it may be some time for it to become FDA-approved or even readily available as a ‘supplement’of sorts.