Today, a high percentage of the population is looking for options to maintain a healthy weight. Well, among them all, the use of Synephrine HCL powder is one of the safest ways you could keep unhealthy fat at bay. Synephrine powder is an alkaloid chemical compound that is not rare to find. It is a natural substance found in plants like bitter orange, among others.

It is the primary bioactive substance in bitter orange whose use dates back to as early as the 1500s. So what exactly was it used for? In the past, this magical supplement has been in use in the treatment of gastrointestinal issues like constipation, indigestion, and nausea. In certain parts of the world, it is also known to be an effective anticonvulsant as well as medication for sleeplessness and anxiety.

With the advent of technology, bitter orange has now proven to be more useful in treating more modern-day troubles ranging from fungal and bacterial infections, allergies, and stomach problems. Having in mind that the primary component of bitter orange is Synephrine HCL, it gives you the reason as to why it contains the many healing qualities.

Synephrine’s powder molecular structure is the same as that of ephedrine, which is one of the greatest fat-burning components. However, Ephedrine is no longer in the market as a dietary supplement; hence, Synephrine is its best substitute. Octamine is Synephrine’s metabolite and has so far become famous for its fat-burning properties.

Synephrine works through the alteration of the body’s energy production. It does this by affecting the way the liver functions, which leads to the creation of many enzymes and also plays a significant role in the regulation of digestion and energy production in the body. Research done showed that Synephrine HCL (5985-28-4);

Synephrine is a weak activator for alpha-1 and alpha-2 adrenoreceptors. The two function by responding to adrenaline hence increasing one’s blood pressure and heart rate. Therefore, Synephrine 5985-28-4 is unlikely to cause an increase in your heart rate or blood pressure.

That is the main difference between ephedrine and Synephrine 5985-28-4, as ephedrine is known to activate both alpha-1 and alpha-2 adrenoreceptors strongly.

Synephrine HCL also stimulates neuromedin U2 receptors. These are molecules located in the hypothalamus and which increase wakefulness.

Synephrine works by stopping the production of eotaxin-1. That is the molecule that gestures the eosinophils to move to an inflamed area. It also blocks the NADPH oxidase activity, which is produced by neutrophils and in turn, creates many reactive oxygen species.

Through the reduction of the activation of NF-kB, Synephrine reduces inflammation. That is because overactive NF-kB is known to cause inflammatory diseases like psoriasis, inflammatory bowel disease, as well as asthma.

Synephrine is a weight loss powder that works in many ways.

Consequently, you can stick to your healthy diet as planned and lose weight more effortlessly. And before you even notice it, you will be flaunting that slim bikini body you have always dreamt about.

Excess fat is not only a health hazard, but it could also make you look bad. Burning fat comes with massive benefits, including making you live longer. Fortunately, Synephrine HCL use is one of the proven strategies you could use to melt away the body fat. Here is how it helps you achieve this goal;

You don’t have to get to the gym and feel all tired and sleepy; Synephrine got you. It acts as fuel by feeding you with all the energy you need to have a killer workout session. Mice administered with Synephrine powder were observed to have been able to swim longer, showing that their energy levels had increased.

By improving energy levels, Synephrine is known to enhance athletic performance too. The combined effect of increased energy expenditure of fat and stimulation promotes performance and increases the amount of output gotten from both aerobic and anaerobic exercise. That makes it a great pre-workout supplement and a fat burner too.

A study done on twelve men showed that after taking this weight loss powder forty-five minutes before exercise increased their maximum weight load. They were also able to do more repetitions as compared to placebo. In combination with caffeine, Synephrine increased the subjects’ maximal squat repetitions.

That is the process of breaking down fats in the body. It is better described as metabolism. Synephrine works by increasing one’s metabolic rate hence making one burn fuel faster. It explains why taking Synephrine will make you burn more fat since when metabolism is high, your body will most likely reach for the stored fat to get more.

Research done on it showed that with a single dosage of 50mg, the basal metabolic rate increased by 65 calories for the next seventy-five minutes. When combined with other molecules hesperidin and naringin, the metabolic boost was observed to rise to over a hundred and eighty calories. Such amounts of calories are burnt with twenty minutes of jogging.

Synephrine works by stimulating the uptake of glucose by the skeletal muscle. That helps burn fat through the removal of excess glucose from the blood system. It also contributes to providing the muscles with the glucose that is efficiently used for energy. Therefore, more intramuscular glucose means greater muscle strength and volume.

For the Synephrine bodybuilding effect or as a fat burner, you should ensure that you take it first thing in the morning and fifteen to thirty minutes before exercise. It is recommended that you take them with water.

Whereas some people may prefer to take Synephrine on its own, others may prefer to stack it. You could use it in combination with other weight loss powders and also those that boost your energy. Yohimbine stacks well with Synephrine, especially if your main goal is to lose weight.

L-theanine is also a good option as it combines well with any stimulant. Its function is to smooth out the effects and increase the cognitive function. White willow bark could also be included in the stack for its synergistic effects.

Caffeine also makes a good inclusion, whether in its pure anhydrous form or from other sources like guarana extract.

Without a doubt, Synephrine HCL is the holy grail of weight loss powders. It helps suppress your appetite if you aim at eating less or reduce taking unhealthy snacks. You could even decide to reduce your appetite with Synephrine supplements for twenty-four hours if you want to get in shape fast.

Also, as seen in the article, it keeps you energized, which is very helpful, especially when you want to work out and have eaten less. As for the time it takes to kick in, you will not believe that within thirty minutes, you will be experiencing the effect. This effect could last you about two hours since the Synephrine half-life is two hours.

If used in combination with a sensible diet and exercise, you will notice the Synephrine bodybuilding and weight loss effect within two weeks of use. For anyone struggling with snacking, overeating, or one who feels like they want to get rid of some fat from their bodies, this is the real deal!

Most fat burners are known to make you suffer from side effects, but would you believe that Synephrine offers all this without putting your body at risk? Most Synephrine reviews report minimal to zero side effects and no wonder the popularity.

Now that you are so determined to reach your weight goals, where do you get this fat burner? As much as many companies may promise to offer you the best Synephrine, you have to be very careful as some may sell you fake products. We give you value for your money by providing you with Synephrine supplements that are safe and effective. Once you buy Synephrine from us, you are assured that you will burn fat and lose fat quickly and permanently.

Our weight loss supplements re risk-free since they are 100% natural with no hidden additions. Order the ‘miracle’ weight loss powder from us today and lose the unwanted pounds as well as enjoy the Synephrine bodybuilding benefits. 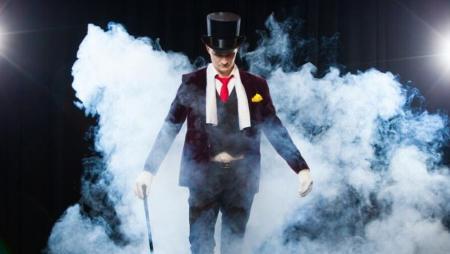 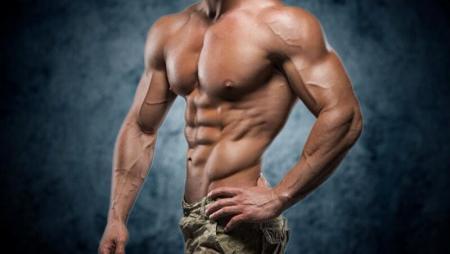 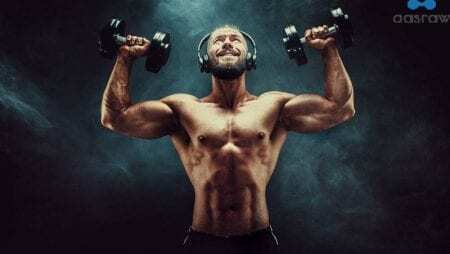