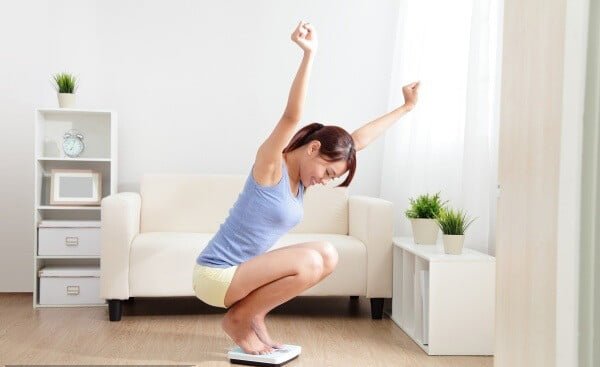 The first weight loss drugs, referred to as fat reducers at the time, became available in the late 1800s. Although the drug caused some severe side effects, it continued to be available for use until the 1960s.
A new medication known as Dinitrophenol was introduced in the 1930s and it became quite popular in managing weight loss. The drug produced a thermogenic effect within the body, facilitating weight loss.
In the mid-1950s, amphetamines became available and turned out to be the weight loss drug of choice. It facilitated weight loss by suppressing appetite. Sadly, it increased the risk of pulmonary hypertension, resulting in its withdrawal from the market in 1968.

In the 1970s, ephedrine became a prescribed treatment for weight loss. The drug, however, triggered some adverse reactions that resulted in it being declared a hazardous substance.
In 1973, fenfluramine became approved as a weight loss supplement. Its popularity soared in 1992 when it was combined with phentermine to create a weight loss drug known as fen-phen. Sadly, the drug caused some adverse effects, which led to its withdrawal from the market in 1997. In the 21st century, weight loss drug, many based on herbal formulations, flooded the market.

Weight loss drugs are classified into three major categories according to their mechanism of action and are as follows:

Drugs that lower food intake are called sympathomimetic agents. They usually suppress the appetite while inducing satiety earlier than usual. Satiety is the “full” feeling or satisfaction obtained from taking food. Appetite suppressants function by mimicking a neurotransmitter in the human brain that controls appetite, known as noradrenaline (NA).

These drugs share a similar chemical structure with NA and can; as a result bind to the same receptors as noradrenaline.

Fat burning weight loss drugs can assist fat loss by minimizing cravings, enhancing metabolism, and maintaining a healthy appetite. They can also maximize workout potential by boosting energy and focus. Such drugs include:

These weight loss drugs work by interfering with the ability of the digestion system to absorb particular nutrients in food. For instance, Orlistat is known to block fat breakdown and therefore prevents fat absorption. Several other supplements have been applied in lowering caloric absorption and inhibiting digestion. In this post, we will discuss more about the following such drugs: 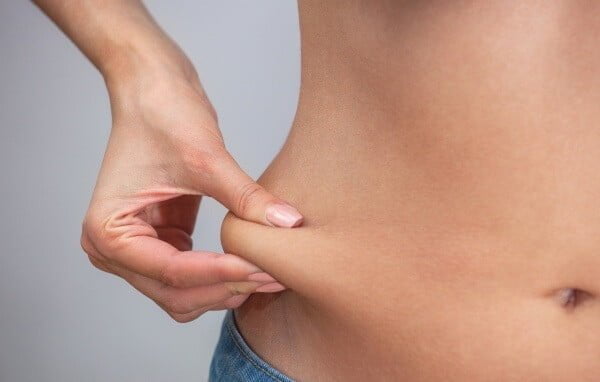 Below is a brief yet detailed description of all the drugs mentioned above.

Sibutramine HCL is one of the most popular appetite suppressants. It boosts both serotonin and NA levels in the brain, which afterward bind to their receptors to control satiety and appetite.

Sibutramine treatment combined with diet and exercise may result in 4.6 kg more weight loss than exercise and diet alone. Along with reducing food intake, sibutramine has also been found to:

Lorcaserin HCl drug functions to control metabolism and appetite. The drug was approved by the FDA in the year 2012 for people with a BMI of more than 30, and for patients with a Body Mass Index of 27 or more who also have high cholesterol, blood pressure, and type 2 diabetes. The drug also functions to enhance the serotonin 2CV receptor in the human brain that can assist patients to feel full after taking less.

In medical trials, 38% of adults (without type 2 diabetes) lost more than 5% of their body weight, in comparison to 16% of adults treated with a placebo.

Rimonabant HCL drug is distinct thanks to its novel mode of action as a unique selective cannabinoid-1 (CB-1) receptor antagonist. Endocannabinoids are released in the CNS and stimulate lipogenesis, appetite, and fat accumulation in the periphery. The Rimonabant HCL functions to block endocannabinoids effects.
The drug is absorbed quickly after oral administration. The effectiveness of this drug in treating obese or overweight patients was studied in a program of four controlled, randomized trials, known as RIO (Rimonabant in Obesity) program. In these trials, This drug was found to be as effective as orlistat and sibutramine.

2,4-Dinitrophenol (DNP or 2,4-DNP o) is an organic chemical with this formula and chemical structure: HOC6H3(NO2)2.

DNP functions as a protonophore, letting protons leak across the inner mitochondrial membrane and therefore bypass ATP synthase. This will make ATP energy synthesis less efficient. As a result, some of the energy which is produced from respiration is wasted in the form of heat.

The inefficiency is directly proportional to the dose of the drug taken. As the drug dose increases, energy production becomes more inefficient, metabolic rate raises (and higher amount of fat is burned) to meet energy demands and compensate for the inefficiency. DNP is one of the best agent known for uncoupling oxidative phosphorylation. Phosphorylation of ADP by ATP synthase gets “uncoupled or disconnected from oxidation.

Compound p-synephrine is an alkaloid. This means that it is an organic compound which may be found in nature but low concentrations. The compound has nitrogen as a base.

Caffeine, nicotine, and morphine also belong to the class of alkaloids according to researchers. Synephrine is typically seen in dietary supplements for weight management or loss and sports performance.

How does Synephrine work in our body system?
Chemicals in p-synephrine affect the nervous system by stimulating β3 adrenergic receptors that play a significant role in thermogenesis and lipolysis in brown fat. This means that these receptors will enable your system to burn fat for energy.

Dimethylamylamine is a drug manufactured synthetically in the lab. 1,3-dimethylamylamine (DMAA) is an amphetamine derivative which has been used widely in sports supplements sold in the U.S. It was being used initially as a nasal decongestant. Nowadays, dimethylamylamine is marketed as a fitness drug used for weight loss, ADHD (attention deficit hyperactive disorder), bodybuilding, and enhancing performance.

Clenbuterol, Also known as Clen, is a decongestant and bronchodilator. It is commonly used to protect against asthma attacks. This is a steroid-like compound, but not a real steroid. It falls into the category of β2 agonists.

Clenbuterol can initiate physiological reactions similar to adrenaline. It activates the beta-2 receptor subtypes in an adrenergic system. This results in the increment of cAMP (ATP’s derivative needed for cellular cross-talk). As a result, protein kinase A increases. Protein kinase A is an enzyme which regulates lipid, glycogen, and sugar metabolism activity. Its increase stimulates a fat burning effect in the body. It enhances other pathways which assist in burning fat via a biological process known as fatty acid oxidation.

The fat burned is then used as a source of energy for performing bodily functions. It stimulates the mitochondria to release ATPs, leading to an increase in metabolic rate. It is widely known that an increase in the rate of metabolism assists in weight loss.

Salbutamol is a medication that treats chronic obstructive pulmonary disease and asthma and or other COPD-related disorders. The medication’s mode of action is opening or dilating the lungs’ breathing passages during an acute asthma attack. Since Salbutamol has a stimulating effect, some people use this asthma drug to promote fat or weight loss.

Albuterol is ideal for use in weight loss program because it has similar effects on the androgenic system like physical exercises. It builds the mass of the muscles and lowers overall weight.
It has been utilized by bodybuilders to cut off additional fat from the areas of their body which can be difficult to control or lose fat through other methods. When taking this drug for bodybuilding and weight loss functions, it is most often taken in a pill or liquid form. Although you may use Salbutamol inhaler for weight or fat loss if it is the only option available.

Through the inhibition of the action of these lipases, dietary fat digestion is also inhibited, and triglycerides are excreted in the feces. Orlistat weight loss drug prevents around 30 percent of the nutritional fats from meals from being absorbed into the human body system (when 30 percent of the energy in meals is supplied by triglycerides). The average weight reduction after one year with a combination of Xenical (orlistat) and changes in lifestyle is around a whopping 8.5 kg.

Along with reducing absorption of the dietary triglycerides, orlistat weight loss powder has been found to:
• Have a positive effect on blood pressure;
• Reduce cholesterol absorption and therefore cholesterol levels (together with LDL cholesterol);
• Enhance insulin resistance; and
• Boost glycaemic control.

It is widely thought that orlistat’s gastrointestinal adverse effects act in a similar way to negative reinforcement, which encourages those on this medication to adhere strictly to a low-fat diet.

Cetilistat weight loss drug is a drug manufactured to treat obesity. It functions in a similar manner as the drug discussed earlier known as Xenical (orlistat) by controlling pancreatic lipase, the enzyme which breaks down triglycerides in our intestine. Without these enzymes, triglycerides from our food are prevented from being digested into free fatty acids that can be absorbed and are removed from the body undigested.

The percentage of obese patients showing a considerable reduction in the baseline body weight of at least 5 percent was higher in all active arms compared to placebo. In overweight diabetic patients, the HbA1c (glycosylated hemoglobin) levels were also significantly lowered. Cetilistat weight loss drug showed moderate to mild adverse effects, predominantly causing steatorrhea (gastrointestinal nature) with an incidence lower than that in orlistat. This drug was recently approved in Japan to treat obesity with other complications. 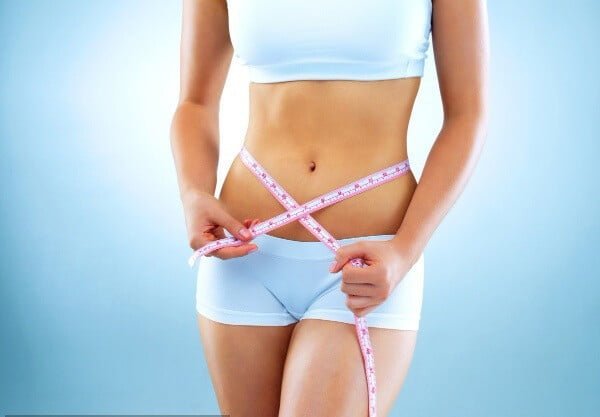 As seen from our detailed discussion, there are many weight loss drugs out there which are derived from a wide range organic compounds. Most of these drugs have been found to be effective, and some of them have been approved by various jurisdictions such as FDA and Japan, to mention a few, for the treatment of obesity.